Royal Chief Kawlija "Chief"
4lbs-Micro tcup
Liver/Tan Phantom Super-mega coat
My little bundle of kisses and love. This little man stole my heart the second I laid eyes on him. He is awesome and beautiful. (And NOT FOR SALE--Lol)

Jackpot
9 pounds of Liver and Tan curiosity!
This little guy has to be in the middle of EVERYTHING! That's him in the middle of my desk. He just has to be involved. If I grab my keys, he is at the door, ready to go...he loves going to the bank (treats) and to McDonald's (they give him ice cream). Jackpot loves adventure!

Running Down a Dream "Chase"
6 pound teacup
Liver and white SuperMega Coat
Chase is Mr. Bossy Pants and thinks he has to be in charge of EVERYTHING. No wonder he likes my husband better-they are just alike!! ​

Royal Flush in Rio-"Rio"
Salt and Pepper
10 pounds
So sweet! This little guy came from a good friend- Shannon at Royal Pups Dynasty. Rio might be smaller in height, but he is big on personality. He is the perfect Mini Schnauzer because he has great lines, a laid back personality, and beautiful markings. Just Fabulous. 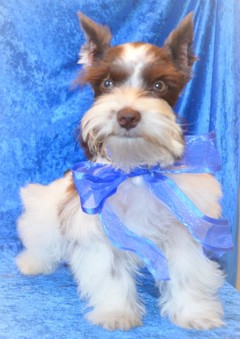 Royal Bingo
Liver Parti with a super mega coat.
9 pounds
Sweet little man who isn't afraid of anything. We have to watch him because he will leap off of anything no matter how high!! Don't turn your back on this little bundle of dynamite! ​

​
Moon
12 pounds of solid muscle
Moon is actually bright white but my camera didn't take a very good photo under the florescent lights (sorry).
He is a loving, laid back guy, just like his daddy.

Jasper
13 lbs
Liver and White Parti with Amber eyes
Beautiful, unique and very playful. Jasper is one of a kind. He loves games of all kinds and keeps the kids busy with his silly antics. Jasper should have been named "Joker" for all his goofy ways! ​ 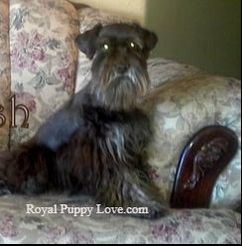 At the Movies with Armani
"Armani"
Armani is a black and silver, champion bloodlines man with an amazingly laid back personality. He is my gentle giant. He is sweet and gentle with all the puppies, never barks or growls at them and is just the laziest couch potato on the planet. I love his thick black hair and silver markings. This photo does not do him justice. He is a good looking boy! 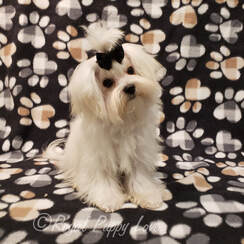 Max
4.75 lbs
Lazy, laid back and never in a hurry is how I would describe Max. Nothing bothers him and he sees no reason to get excited about anything. Max seems bored by everything....he really acts like a royal snob but he is very loving, sweet and super gentle. 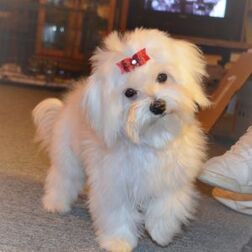 Royal Something Incredibly Rare
"S.I.R."
3.6 Pounds
Sir is all spunky attitude. He likes what he likes when he likes it and not before. Sir is a little man with BIG attitude. Sir gets along with everyone and isn't bossy but he is very opinionated about everything. He will only eat out of HIS bowl and only if all the other dogs are at least 5 feet away. He will not drink unless his bowl is EXACTLY where it is supposed to be...in the elevated bowl holder. You can just forget trying to sit his bowls on the floor cuz "he AIN"T having it." Other than that, he is easy going, and loves car rides, snuggling, and watching tv. 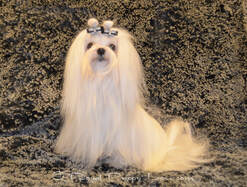 Blurryface
11 lbs
Blurryface is full of energy. He loves chasing the ball, chasing rabbits, or chasing anything else that moves. He loves to run as fast as his little legs will carry him. Blurry is a red sable long hair. He had been shaved down for the summer in this photo but his hair gets thick, long, and silky. 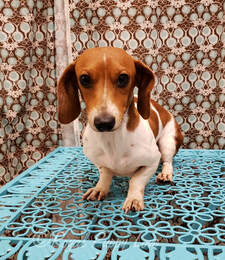 Charger
8 lb
​Charger is a short hair red pie bald sweet boy who will "go belly up" if you get within 5 feet of him. He loves belly rubs and will do anything for them. He is super silly and is quite the prankster! Love this little guy!!
miniature schnauzers puppies for sale, maltese puppies for sale